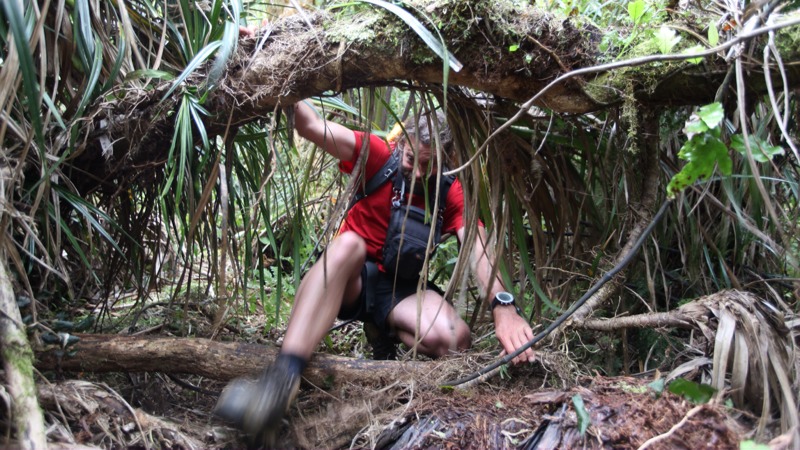 Down was much the same as up, except more slippery and harder to see where your feet were. Generally I saw most of my feet when they were above my head, while righting myself from being unexpectedly thrust face down in the mud. yeh..erm, brilliant fun ;)

Coming down was another matter, quite a few obstacles to get over and under (massive rucksack wasn’t helping much) and generally very steep.
Permalink
Cookie Forest Unpleasantness Walking
0 comments
10 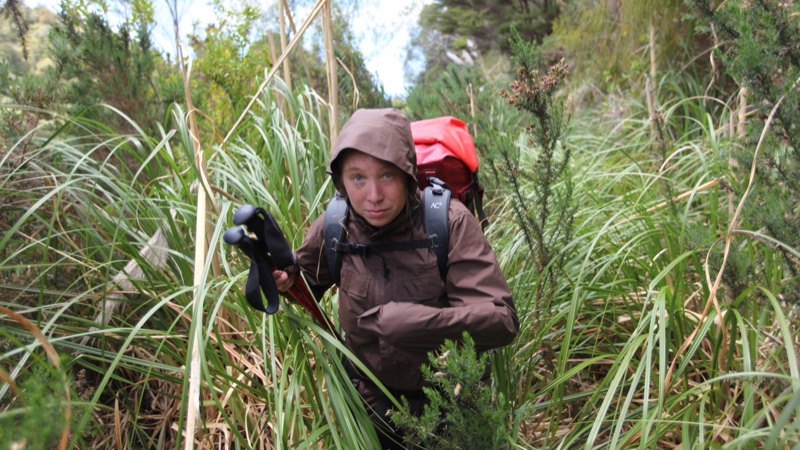 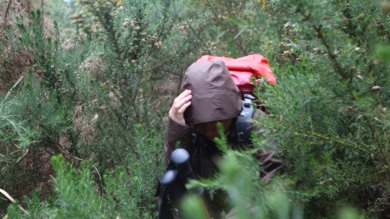 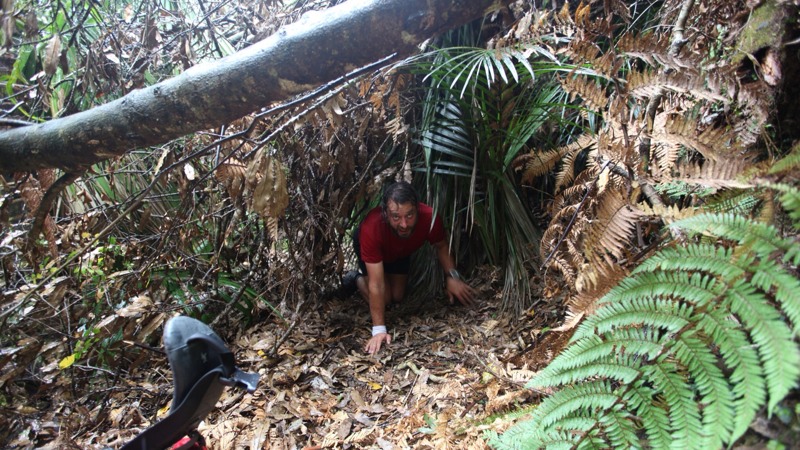 We were well soaked by this point and not much point in putting on the waterproofs. Too hot to be clad head to toe in plastic in any case! But we’ve had good opportunity to practice our limbo skills under a few ‘blowdowns’ at least :)

Generally the Maratoto Track was pretty good. It didn’t look like it had seen much maintenance in recent years, but was still easy enough to follow, minus the odd blow down. Loved the little hand drawn maps at the beginning and end, a masterpiece of felt tip and biro work :)
Permalink
Cookie Forest Unpleasantness Walking
0 comments
53