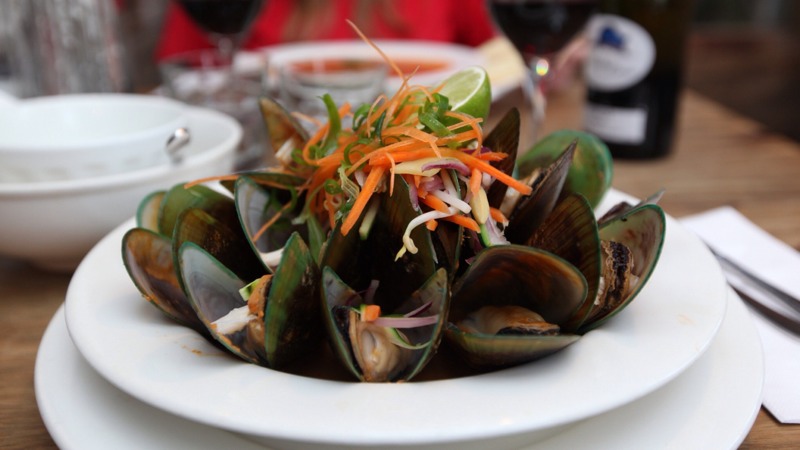 We found a nice restaurant down by the harbor, snapper-something it was called, where I managed to try out these enormous Green Lipped Mussels for the first time. I’ve seen them bigger in the supermarket, but these were big enough for me, quite a mouthful, but a damn tasty one :)

Tutukaka it seems is the gateway to diving the Poor Knights Islands. We had drunkenly decided to go diving the following morning, but by the time we woke up (after 8am) and realised the trip starts at 8am, we continued on our way to Ngunguru instead..