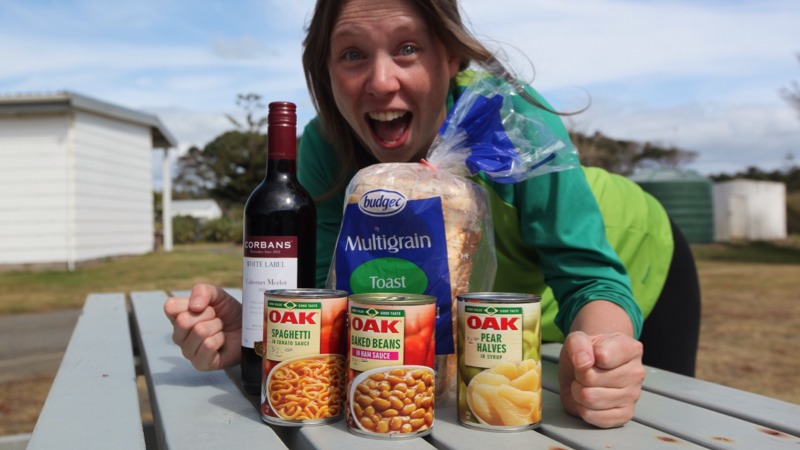 When we left Utea Park to walk for the day we were so looking forward to the next set if luxuries ahead including possibly a shower with warm water, a hot meal and BEER! :D

We set off super early and did our planed day’s miles before lunch! But horror of horrors, on arrival there was no cafe, pub, or food shop!  Oh nooooo!

We’re walking pretty early in the tourist season so it seems all the summer places aren’t fully open yet. So we were a bit scuppered for food to be honest! But managed to bag some baked beans from reception and the fella there very kindly dug us some frozen bread out of his home freezer for us, and we managed to persuade him to sell us one of his wife’s bottles of wine too… Success! Phew! Thank goodness.

These baked beans though. Very unusual. Slightly ‘exotic’ you might say…. They come in Ham Sauce…. Ham sauce?? Yes – sauce made of ham…. 0.5% ham anyway. Obviously someone somewhere thinks that ham us such a selling point over just regular beans, that it’s worth putting slices of it on the front of the can…? I have no idea what went on in that marketing meeting, but it was clearly someone’s leaving do the night before!