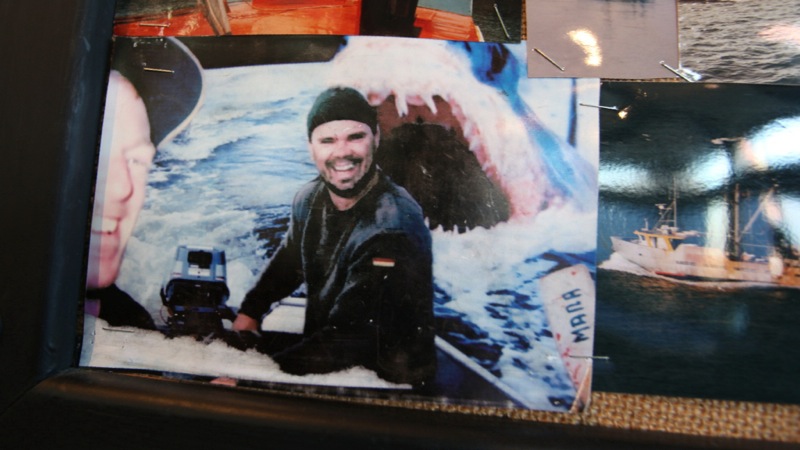 Holy moly. Thank god we didn’t strip off and run into the sea as per the original finale plan. Jebus! Look at the teeth on this monster! ;) Seriously though. There be sharks in these ‘ere waters. The locals in Bluff pub have many a shark-catch picture pinned up on the wall. And later we watch a news feature about cage diving with GREAT WHITE SHARKS just out there by Stewart Island. Waaah! Clooose call there. An underwear-muddying shark encounter is not on my bucket list.

Some lovely chaps in the pub told us all about their special Muttonbird hunting trip. If you’re descended from the original Stewart Island Moari tribe you have the privilege of taking part in the annual hunt. These guys move over to the island, ( famous for it’s super rare Kiwi and Kakapo birds ) and live there for up to five weeks hunting and collecting the prevalent Muttonbirds. These birds are kinda seagull-like, and apparently preserve really well for eating throughout the year. I wonder how they taste!