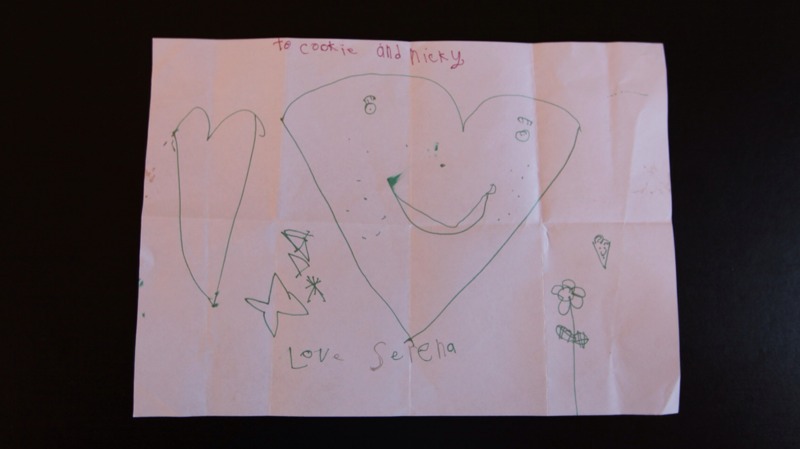 It was less than 5 minutes after arriving in Mangawhai Heads that we were to be blown away again by the generosity and hospitality of the Kiwi nation. Robert literally waved us down in his car and asked us what we were upto with our packs. On mentioning our walk it turns out Robert had also walked the length of NZ in 2003 – well.. Run it in fact!

He happened to be the manager of the Four Square supermarket we’d been heading for and so swept us in for a proper cup of extremely welcome tea! Telling us tales of his adventures crossing the country, and of the legendary A.H.Reed who, while in his 80’s in the 1960’s was the first to do the journey in foot. Or so we thought! Robert reckons there was a woman in the 1930’s who was actually first, which is big news, so we’ll have to research that! Also that a 17 yr old school girl completed it solo recently. Another mention of the fastest known chap to cross doing the entire 3000k in a mere 24 Days !! He must have been running some speed! Apparently around 150 people have made the journey via various routes over the years. ( Although the official Te Araroa hiking trail we’re following is yet to open. )

Robert took us back to his place and his wife Dianne cooked us up a hot pizza dinner and fantastic chocolate pudding washed down with some beers and wine. While their lovely daughter Serena (8yrs) gave us the tour of the house and her toys. Seems so exotic to have a toy Sting Ray and Killer Whale, than your regular teddy!

Kiwi’s continue to stun us with their openness and hospitality. Thank you Robert, Diane, and Serena for being such fantastic hosts, showing us the area, and putting us up for the night! It’s very much appreciated :D