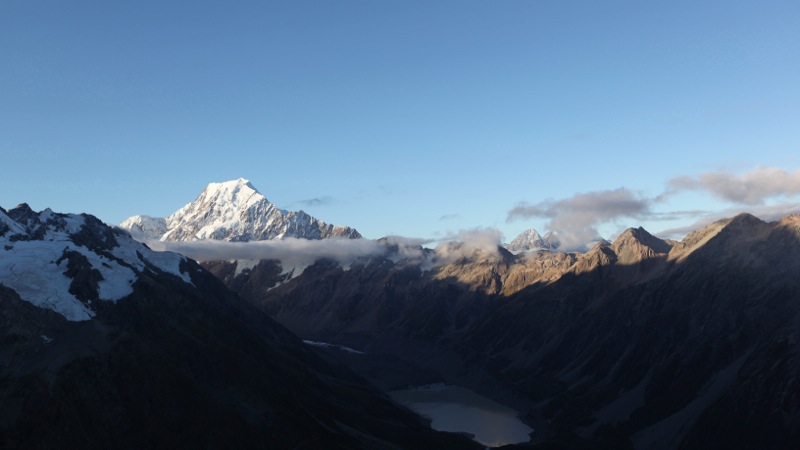 The main event begins. Here he is naked of cloud. The icy monster. He’s completely mesmerising when you’re sat right in front of him, watching snow dust being blown softly off the top, while an icy chill nips at your cheeks. Gazing silently in his presence for sometime I slowly recognised an unfamiliar sensation, a sense of reverence, a proper sense of awe at the enormity and power of this thing. He’s deeply frightening to look at after a time. You know he’s lethal, but so intoxicatingly beautiful at the same time. It feels like such a contradiction. But one that lures many to their deaths each year.

Ps. I’m talking about the mountain, not Cookie as has been suggested, haha!