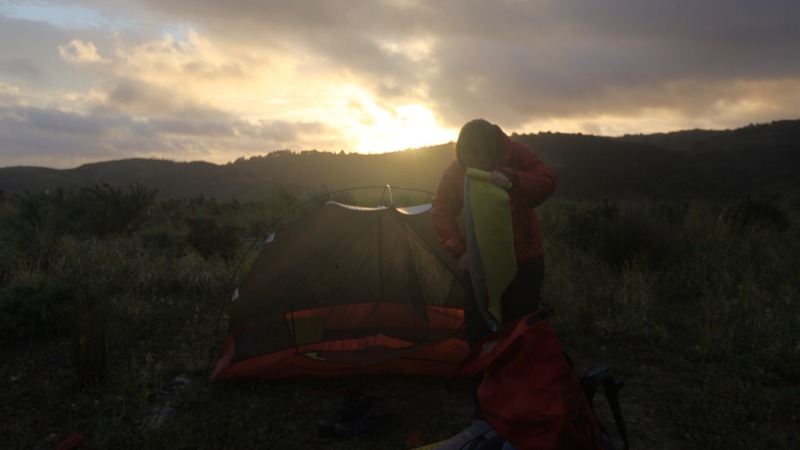 Tried to get as far as we could that night so we could get down to the next town for river kayaking in the morning ;) But this called for a stealth camp!

There were two logs propped up like seats so we guessed some other hikers had had the same idea on this spot not too long ago. My guess is it was Alex and Shalane, who are always one step ahead of us.. We’re following you! ;)

Pleased I’d managed to do my second 14miler too! :) Thursday was a pretty windy night with a lot of tent flapping. But slept sound as a pound.

The trail notes said this section was ‘no camping’, probably due to the logging that seems to be going on around here. A guy in a 4×4 did drive past and stopped to say hello, didn’t seem bothered about us camping here though.

I got Nicky out of bed at 5am for the second time! Reason being we had to get to Puhoi by 10.30am to catch the outgoing tide. We made it just in time!