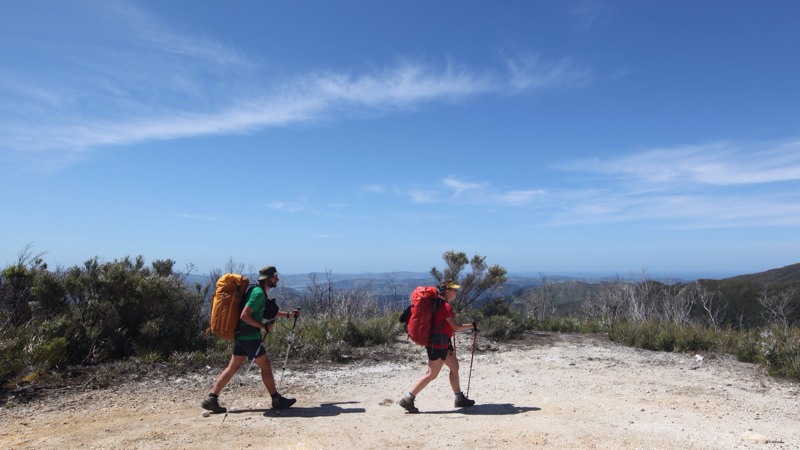 I was starting to feel a bit rough after a time. Was it the heat? … Dehydration? … Lingering hangover ? ;) Whatever it was, it was deflating me quick as a Dracula with his teeth stuck in a beach ball. Feeling as robust as a limp lettuce we vowed to stumbled on ( in a rather British fashion ) through the ferocious sun.

I know.. It’s not really fair to complain about it being too hot when it’s bloody freezing back home.. My mum sent me an email the other day to say her pipes had bust and her boiler was in pieces on the floor..

Thankfully we’ve reached a high plateau which is interestingly named ‘Welcome Jack’, so most of the hot steep climbing is all done for the day now.