Fry Up! The Ultimate Prize 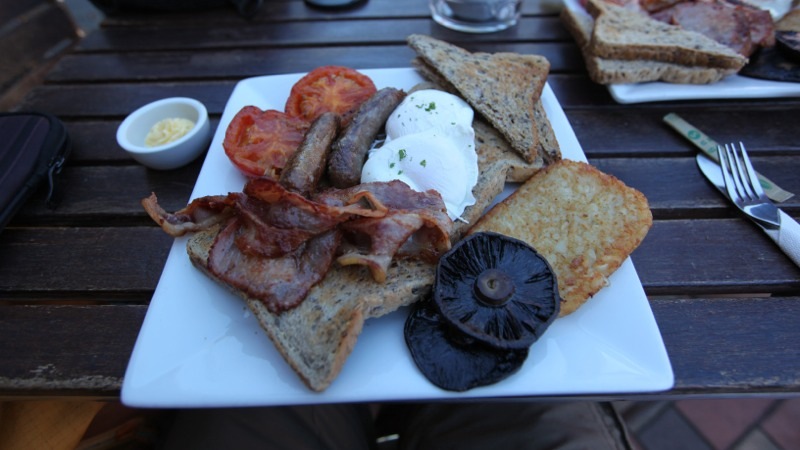 Ok so, it’s been a while, and I think we’ve jolly well earned it!! This fry up went down like the glorious pile of juicy succulent protein it was. So tasty. I had to slow down to tiny mouthfuls near the end to make the experience last longer… Tramping ( hiking ) makes you really appreciate the good things in life, and being able to tuck into this knowing you’ll actually use the calories is utterly joyful! There are some real benefits to dragging your ass over mountain ranges. ( Mmmmm bacon … :p )

I’m glad we got to visit Nelson while in New Zealand, my dads side of the family has lived in Nelson, Lancashire for generations, so good to compare the two. Well, no comparison really as Wikipedia states: Nelson, Lancashire is “characterised by pockets of severe deprivation and some of the lowest house prices in the country..” Nelson NZ on the other hand hosts international art festivals and such like.

What did make me laugh was I always thought Nelson UK was named in honour of the Admiral Horatio Nelson, the legendary defeater of the French ;) But turns out it’s actually named after a pub! Ah, warms my heart that does. Apparently it’s really called Marsden, but when they built the train line through, they already had a Marsden on the network over in Yorkshire, so they named the station after the pub opposite, ‘Lord Nelson Inn’ which led to the town eventually becoming Nelson. Ha ha :)