Attack of the Tonies 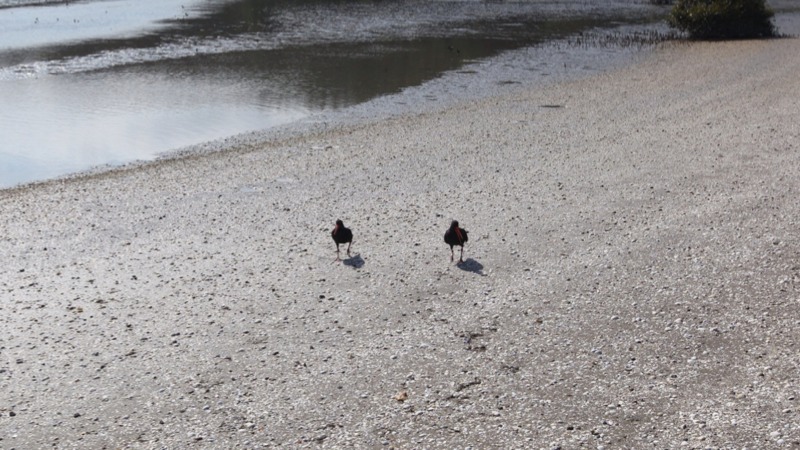 Aside from Steven Sea-gall we’ve been followed all this way from 90mile beach by a curious fellow with a long orange beak. Now, being foreign explorers in the wilderness without people in the know to question, we’ve been slowing bequeathing names to all the inquisitive fauna. So as well as ‘our Steve’, we have the SID (Steven In Disguise), Pete the Penguin, Daffyd the Duck, and Tony as frequent stalkers / compadres.

Tony, as it happens, turns out to be an endangered Oyster Catcher. And he does nee like you going near his nest… He goes flippin’ mental to be precise. These two crazed Tonies were chasing me down the beach squeaking their beaks off. Backing away slowly to grab a quick snap, but just fast enough to avoid the shell peircing face-weaponry – I think cute little Tony could have your toe off in a jiffy if he so wanted.