Half Way Across New Zealand: 1500km On Foot! 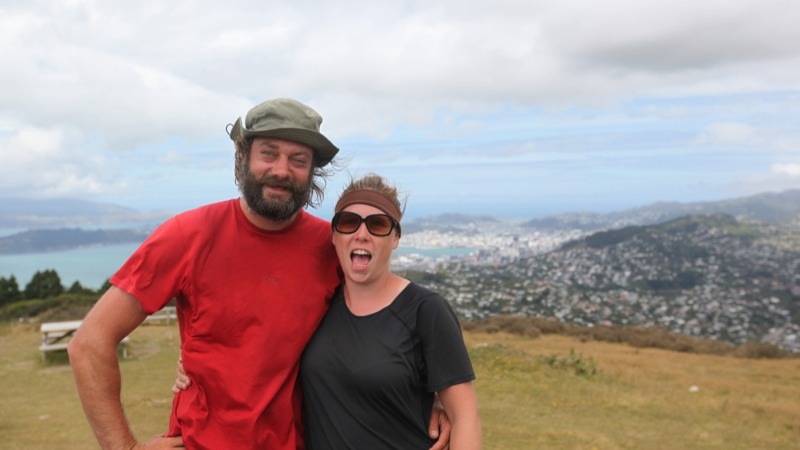 Wuhoooo We Made It To Wellington! Half Way Across New Zealand… So that’s the North Island bagged! 1500km done and dusted. I can’t really believe I’ve actually done it to be honest. What kind of mental person would have decided that was a good idea? :) Weirdly, in a sense I don’t feel any different, but in other ways I do, I mean.., surely I must be fitter right?

Pleased with myself though. I mean, that’s a long old stroll in anyone’s book, never mind a shortie like me ;) And although there are a couple of gaps in what we’ve covered, we’ve also done a lot of extra miles not officially on the trail. So I’d say we’re square ;)

We’ve surely seen some sights, met some weird and wonderful people, we’ve laughed a lot, drunk a lot, eaten a lot, conquered a few fears and shed a few tears. The tans are coming on a storm, and I reckon the walk to work will seem hilariously small after all this! My main worry is how far my brain might have ‘relaxed’ into retardation, and how much, if any will be left after a whole other island’s worth of adventuring :)

Finally Wellngton is in sight! We knew we were getting near, the suburbs were slowly creeping up the mountain towards us, but we couldn’t quite see it until now.

I’d always thought when planning this trip that the North Island would be the warm up and the South Island was the ‘proper’ walk. Although in the end the North has thrown more challenges our way than I was expecting and has left me feeling slightly bitter sweet. We’ve had to bypass sections of trial due to wind, rain, swollen rivers, wrong side of tides, lack of enthusiasm for thick forest, lack of interest in road walking and fatigue. Its not been the satisfying, battle on through hell or high water type experience that I’d hoped for, we’ve had to compromise. In the end we didn’t follow the Te Araroa to the letter, we tried to keep it fun, see what we wanted to see and avoid unpleasantness where possible.

Our main challenge was getting Nicky fit. She’s still regaining her strengh after a long illness and in Nicky’s own words ‘a lifetime of inactivity’. It wasn’t that long ago that 5 minutes of walking would exhaust her and climbing the stairs at home was a massive achievement. Now she’s walked half way across New Zealand, albeit with a little help from her personal Sherpa ;) and is stronger than ever. That’s a massive accomplishment and I’m very proud of her :D So 3 months in, we’re halfway, pretty much on schedule, warmed up and now ready for the South Island!