Hanmer Springs and the Celebratory Fry Up 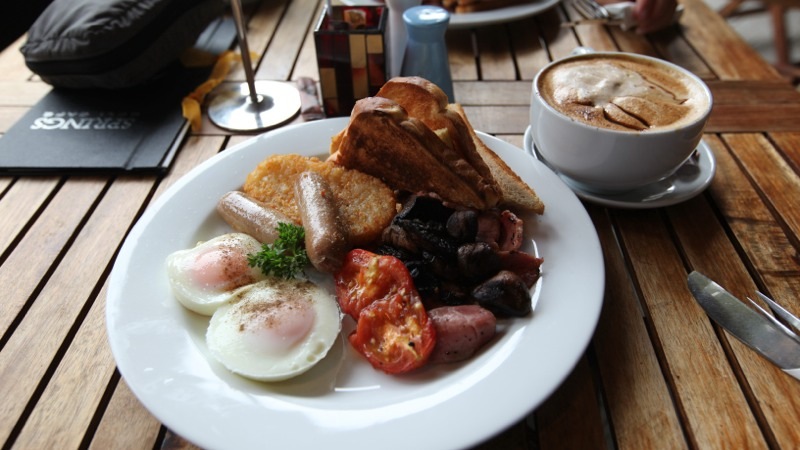 Time to refuel on the protein before another section. The last two sections have been epic in several ways. Physically pretty demanding and a test of nerve and resolve at times, but beautiful, and packed with memories. With weary bodies, and the unsettling events of Christchurch weighing heavily on our minds, we set off hoping that the Te Araroa might take it easy on us for a few days.

Next we head back to Lewis Pass and Windy Point to start the Arthur’s Pass section. We hear the terrain should be a more relaxed which is welcome news, and a chance to do some straightforward regular ‘walking’ and get some strength-building miles under our belts.

Hanmer Springs was a different sort of town, tanned chino wearing tourists lined the streets and they even sold caviar in the local 4 Square! It’s affluence and popularity is all down to it’s hot springs, of which there are numerous pools of varying temperatures. I only know this because I read the brochure, we never actually got round to poaching our persons, partly because of our blog work load and partly because of the human drama being played out on the tv before our eyes..

We did of course have time for a ‘Heart Stopper’ Breakfast. Seriously, that’s what it was called! 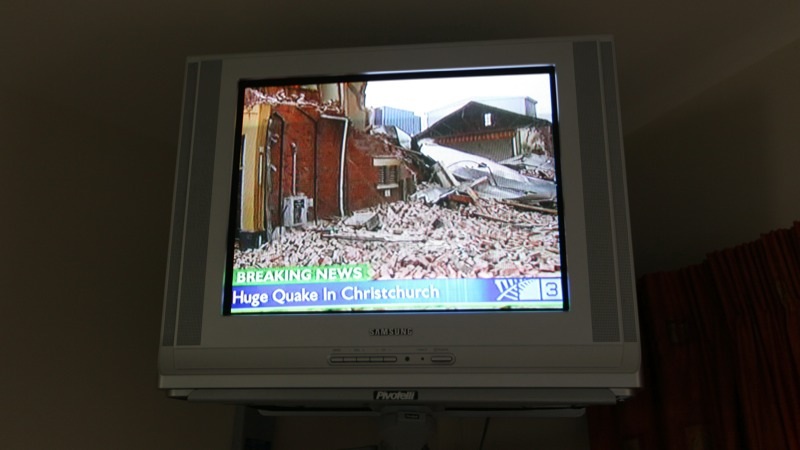 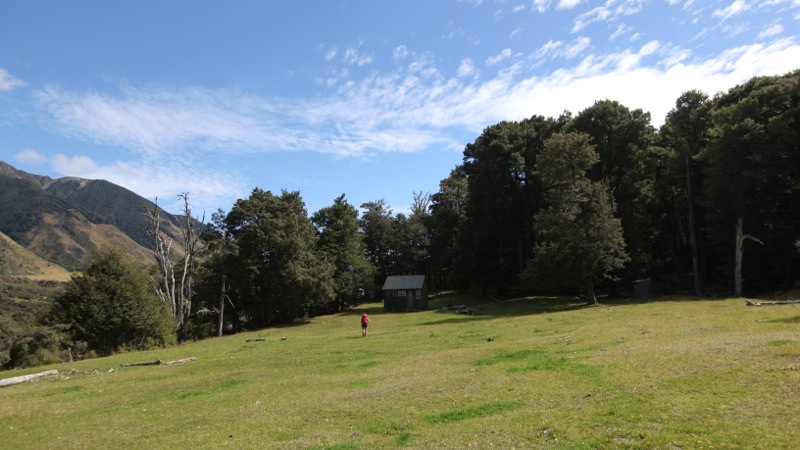 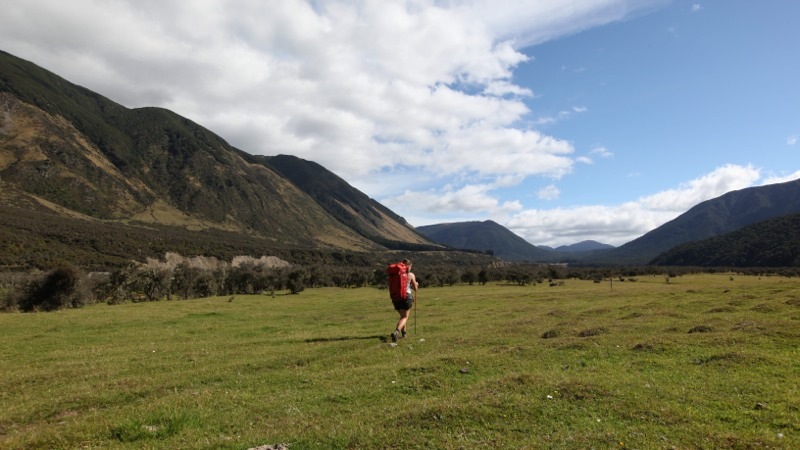 Phew! This is my kind of walking! :) And a good thing too, we’re knackered! Packs full of dried pasta, noodles, fresh veggie treats, and some meaty goodness too, to get us through a week or so in the wilderness. Hoping the world is a little calmer next week when we emerge from the other side.

We started this section with far too much booze, on top of our regular 1 litre of rum, we managed to end up with 2 litres of wine and a couple beers left over from our last night in Hanmer Springs.. Mainly to blame was a boozey lunchtime bloggin’ session in the pub which left us in high spirits when we called in at the supermarket on the way home! Everytime we stopped for a break I plied Nicky with alcohol to lighten my load, not good practice to make fast progress I can tell you!
Permalink
Booze Nicky Walking
0 comments
125 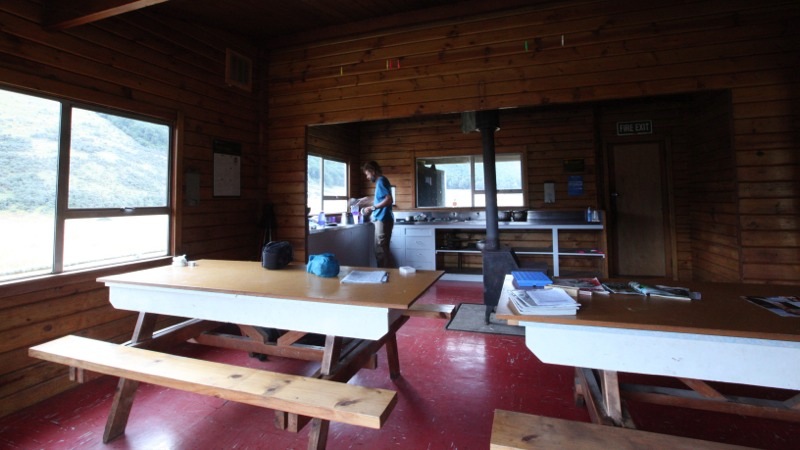 When we saw our hut for the night described as a ‘lodge’ on the map we wondered what to expect. A chef? A bar? ;) Well it was actually a pretty nice spacious ranch-style hut. An old cattle farming building maybe ? Complete with a Farmville style log fence, garden lawn, wood panelling and separate bedroom spaces – a bit of a luxury!

We shared the hut with a young couple who were surprisingly reluctant to help us polish off my bag of wine. But I was determined to see it away that evening, so me and Nicky persevered alone in front of the steadily shrinking bladder of country red :) I think the following morning was the first time I can remember waking up with a hangover on-trail.
Permalink
Booze Cookie
0 comments
125 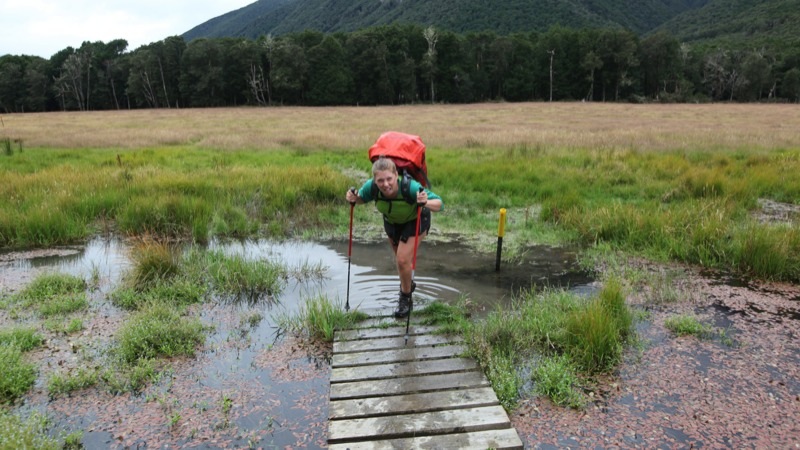 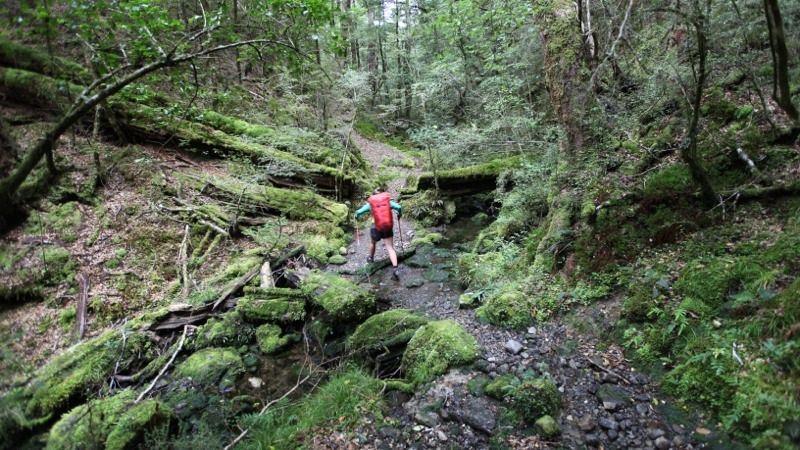 There are some huge trees in this forest. And I guess you don’t get to be their age without being battered by a few biblical storms. There’s always a few blowdowns to climb over, around, under, or through. But here they are of a different magnitude altogether. This guy looks like he’s been sleeping a fair old while though, being slowly absorbed into the fabric of the landscape. Thanks to whoever hacked a path straight through this giant! That musta been hard graft. 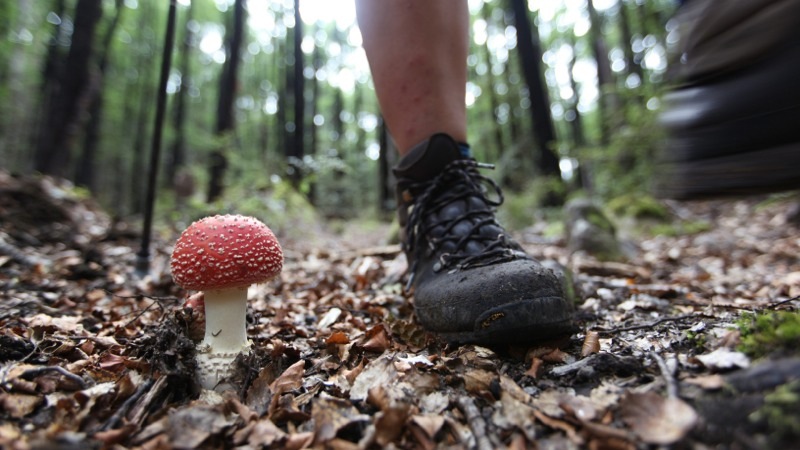 Yey! Not seen one as perfect as this since the Queen Charlotte track at the top of South Island. He’s gotta cheeky smile on him, half tempted to draw his eyes in ;) Sometimes you see toadstools gnawed away on top. All I can imagine is there must be some seriously swirly-eyed possums dancin’ ’bout the forest on a Friday night. No wonder they make those bloody crazy cackling noises! 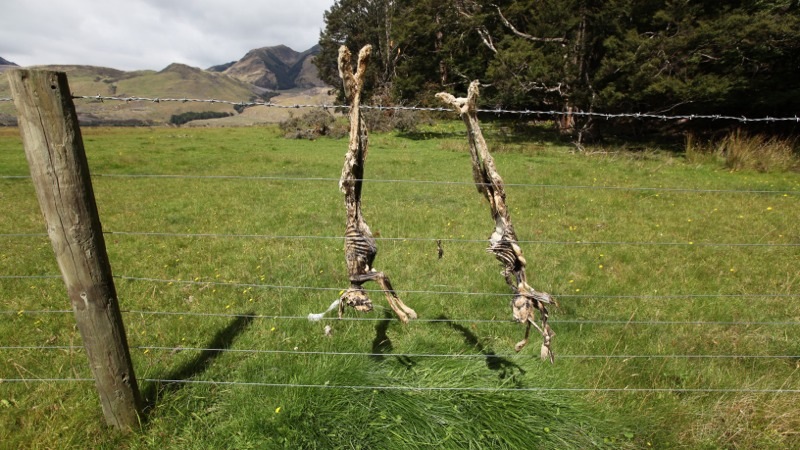 This was a particularly sad and gruesome sight to be greeted with on coming out of the forest into the pasture flats of the valley. Two Hares stung up by their feet and left to decompose :( Not even sure if they were dead when they were put up. Very sad.

People call them pests – but I can’t imagine what damage a ‘big rabbit’ is going to do to a cow? It’s a great way to scare the tourists off anyway! A gross and unnecessary display. 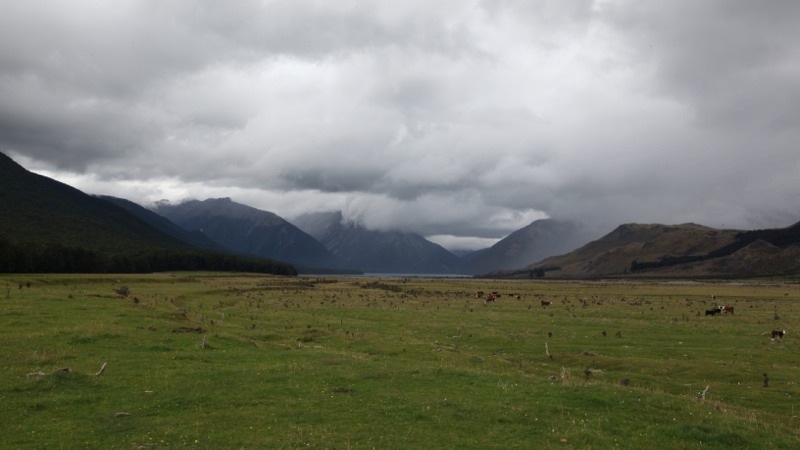 A bit sleepy and snoozy after our few busy days of blogging and beering, we bumbled our way out of the woods and across the cattle tracks around Lake Sumner. Behind us loomed a billowing wall of darkening cloud, rolling toward us at speed, fluffily consuming the landscape like a ravenous marshmallow man. Turning round I pulled that diagonal-mouth face, only used to express situations of an ‘…oooh, bugger’ nature. You appreciate your grim fate but you’re just not looking forward to the ‘hanging about’ bit while it comes to get you.

There seems to be some obvious spelling mistakes around these parts, we’ve just come from Hanmer Springs, this here is Lake Sumner.. What’s with the switching of the M’s for the N’s? It’s bloody confusing!

But what do I know, I’m just a cow, oh look grass (munch munch).