This is Not a Track 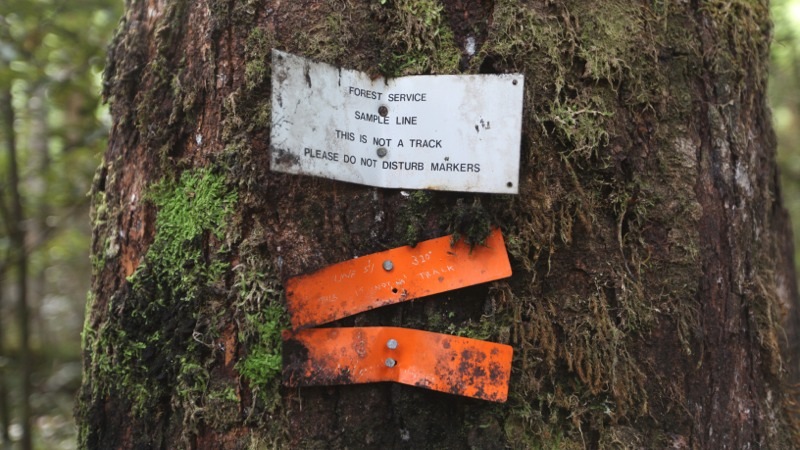 Er … Were not ‘officially lost’, but yet we’re officially not on a track either it seems ;) We decided on the choose-your-own-adventure method today and stomped down the middle of the valley, rivers included. Seemed like the fastest plan. It was the gorse that threw a spanner in the works. And so here we are following chunks of path that have long since fallen away in floods, buffeting us off onto random bush tangents to scramble round. We went our own way. A few scratches for our trouble, but it was as good as any other half arsed route we may have picked :) “Onwards!” Beer was calling and we stomped over, and through everything to get to the road.

OK, we get it, we’re a bit lost, no need to rub it in by telling us we’re not on the track, twice!
Our eyes are getting so highly tuned at spotting anything orange in the distance, this thing was like a beacon to me through the forest. I don’t think staying on the track makes a great deal of difference down this valley, well there isn’t much track to stay on, just a few jeep tracks and foot prints in the sand. I think most of the poles and orange triangles probably get washed away when it floods.
Hide comments