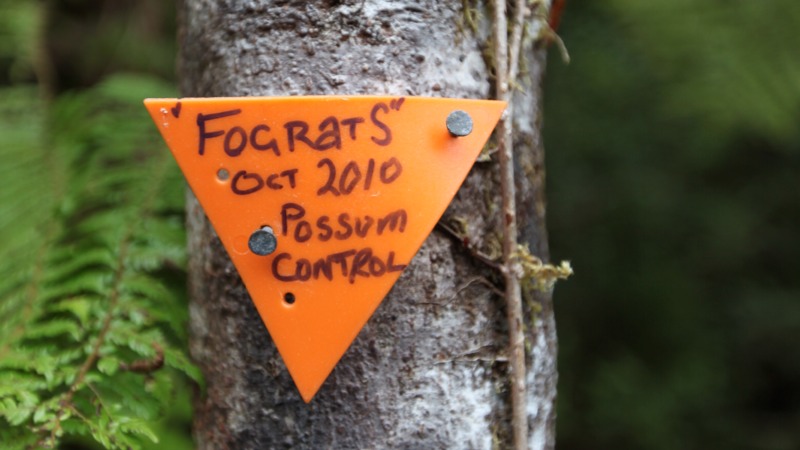 I didn’t know what a possum was when we started this section. But you might be excited to hear we got pretty up-close and personal with a fair few these past few days! Unfortunately they were all dead :( Face down in the dirt. Quite distressing to see what you initially think is a domestic house cat spark out on the path ( very nearly becoming a gutsy mush all over your boots… ) These cute animals although protected in Australia are considered pests here and so are hunted and shot for fun. We saw 9 and a half possums in total ( the half was pretty gross! ). One of them left out in an advanced state of decomposition, ( grim! ) but all laying mid path. We assumed it was the work of hunters leaving their trophy kills for everyone to see ( which i thought was a bit sick ) but as it turned out the jungle had been laced with Potassium Cyanide to poison the poor fellas.  Not great to find that warning sign only on exit of the forest after days of not being able to properly wash our hands. Fingers crossed we’ve not ingested any!

They probably eat a lot of crops(?), but I don’t know. Seems like Mr.Possum has a bit of a raw deal here :( Poor fellas.